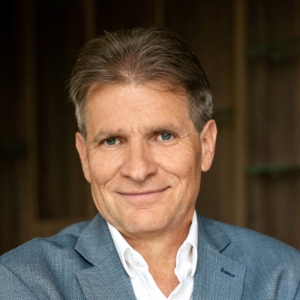 György is an American MBA qualified economist with decades of healthcare leadership experience. He began his life sciences career at a medical supplies company in South Carolina, US. Later, he joined the pharmaceutical industry, and he was leading the Hungarian subsidiary of GlaxoSmithKline for two decades as Managing Director and later as Vice President. The company was awarded as Best Employer for three times during his period. He was also tasked with heading a number of innovative projects on European scale and managing the Polish business on an interim basis.

He switched sectors in 2015, transitioning to healthcare services, taking the CEO position at Affidea Hungary, a subsidiary of the pan-European private healthcare provider. He navigated the company through a major business transformation. In 2021 he was awarded with the CEO of the Year Award in Hungary.

He has also performed a number of advocacy tasks, including many years in the Association of Innovative Pharmaceutical Manufacturers. He was one of the founders of the Primus Association, which unites the actors of the Hungarian private health care sector and has been holding the chairman position since then.

Since April 2022, he also serves as the Business Director of SEED.